Inspired by the highly profiled celebrity weddings of summer 2010 featured in InStyle Weddings Magazine, I have put together a list of Iconic Brides of All Time. In no particular order, these women have each inspired and influenced wedding fashion and tradition. 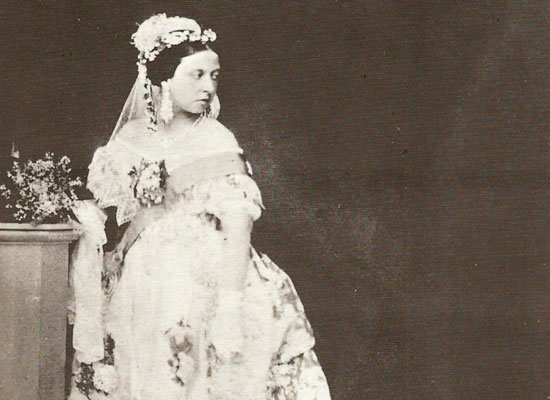 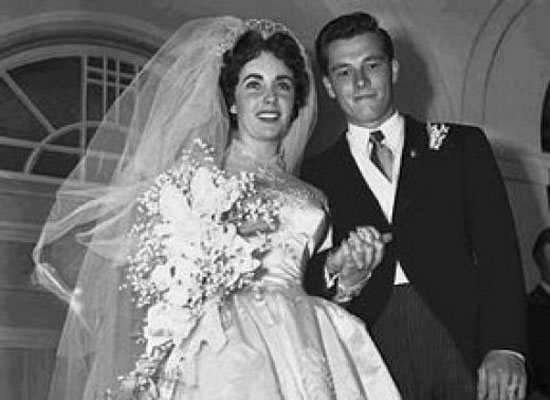 Elizabeth Taylor
Although she was married eight times, Elizabeth Taylorâ€™s first marriage to Conrad Hilton took place on May 6, 1950. Her traditional 50â€™s silhouette cost a then-staggering $1500.00 (nearly $140,000 today) and would influence future designers. 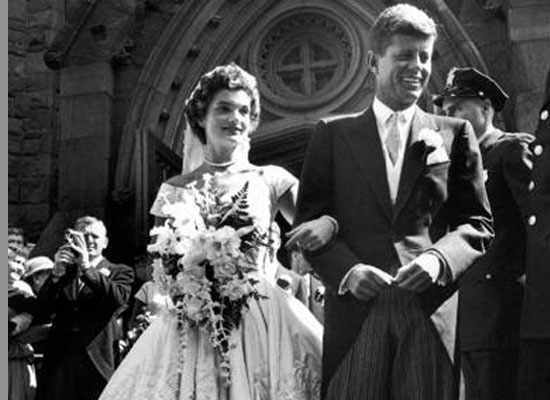 Jacqueline Bouvier Kennedy
The Princess of Camelot, as she was called, married the future president John Fitzgerald Kennedy on September 12, 1953. Wearing one of the most photographed wedding dresses in US history, Jackie would be come a future fashion icon to women of all ages. 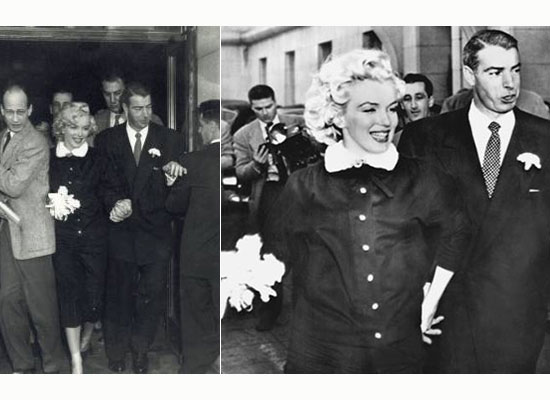 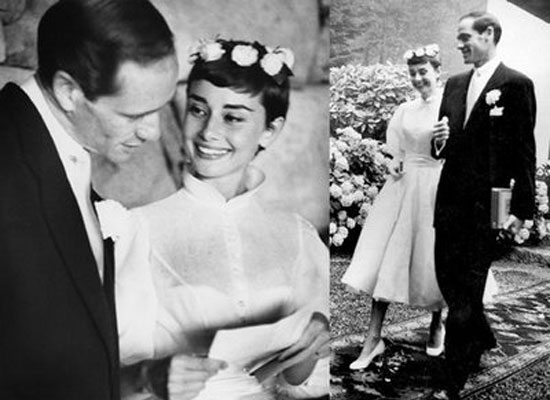 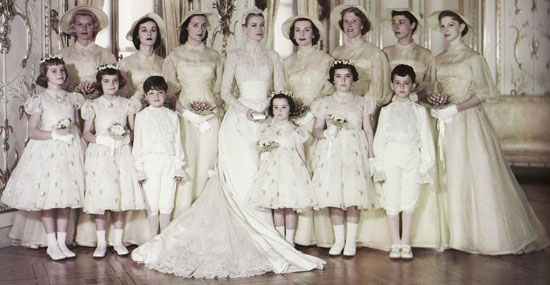 Grace Kelly
Famed actress, Grace Kelly became a princess on April 19, 1956 when she wed Prince Rainier III of Monaco.Â  The nervous bride wore a Helen Rose gown made of silk, taffeta and lace to the â€œWedding of the Centuryâ€ dubbed as it was by press. 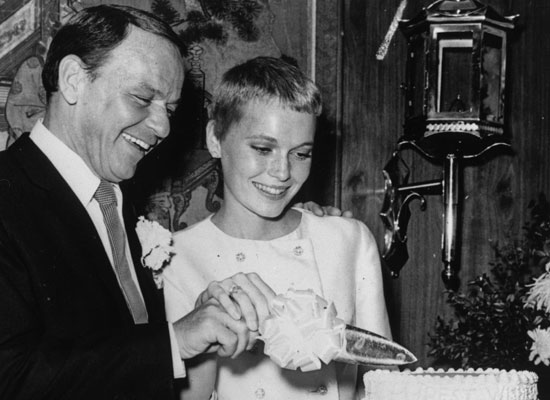 Priscilla Presley
Certainly one of the most famous brides of all time, Priscilla married Elvis on May 1, 1967 at the Aladdin Hotel in Las Vegas. Wearing a loosely fitted lace gown and classic 1960s heavy eyeliner, her 8 minute ceremony to Elvis would bring new meaning to the term â€œquickie marriagesâ€ of future generations. 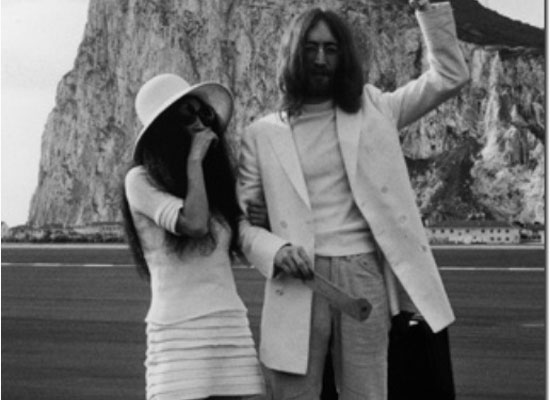 Yoko Ono
Once blamed for breaking up the Beatles, Yoko Ono wore a simple mini shirt, knee socks and wide brimmed hat to her wedding to John Lennon on March 20, 1969. For their honeymoon, the couple held a â€œBed-In for Peaceâ€ at Amsterdam Hilton Hotel that would later inspire a second â€œBed-Inâ€ Montreal, Quebec where they recorded their iconic song â€œGive Peace A Chanceâ€. 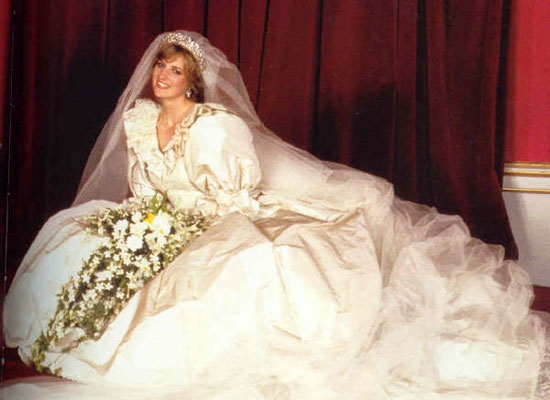 Princess Diana
Bridal fashion was never the same after Lady Diana Spencer wed Prince Charles of Wales on July 29, 1981. Watched by millions, Princess Diana woreÂ  a gown by David and Elizabeth Emanuel created from antique lace, silk, taffeta , and was adorned by thousands of pearls and sequins. Its 25 foot train drew gasps from the crown that surrounded Westminster Abbey in London, England. 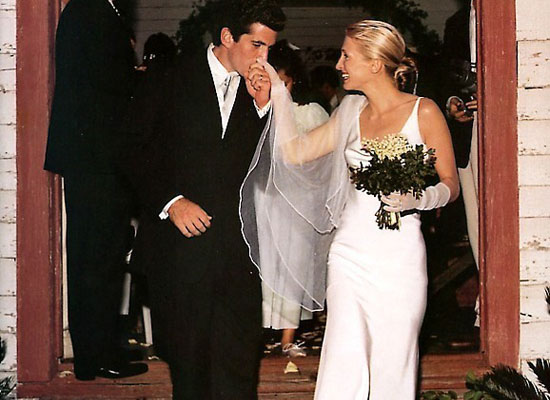 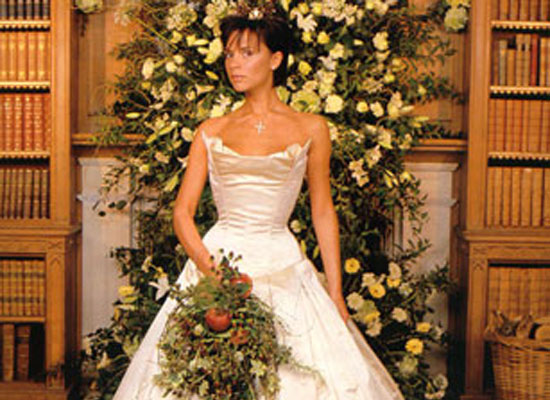 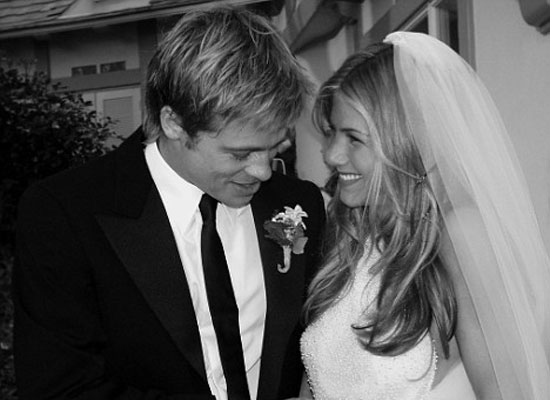 Jennifer Aniston
Hearts broke across the world when an â€œAmerica Sweetheartâ€ married a â€œHollywood Heartthrobâ€. Jennifer Aniston wed Brad Pitt on July 29, 2000 in a one million dollar Malibu wedding. Although their divorce is almost as famous as their marriage, Jennifer wore a breath taking Lawrence Steele white silk full-length halter dress. 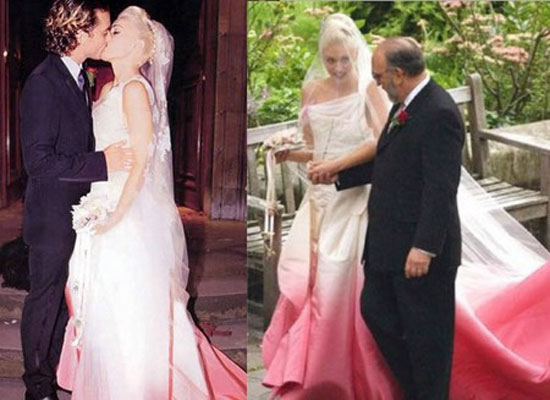 Gwen Stefani
Wearing custom pink-to-white ombre wedding gown by John Galliano, Gwen Stefani wed rocker Gavin Rossdale at the first of their two wedding ceremonies on September 28, 2002. Although she arrived over an hour late with her father Dennis, Gwen was greeted by a patient groom and his sheep dog, Winston, at St. Paulâ€™s Convent Garden in London, England. 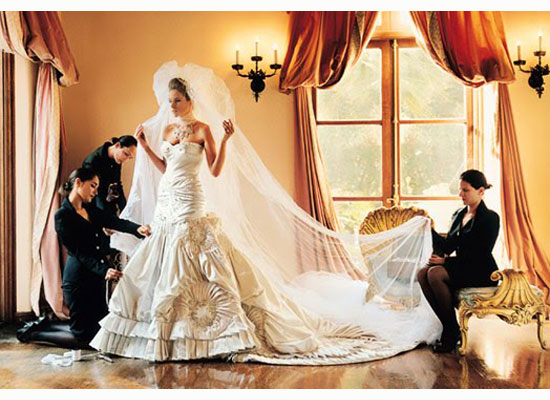 Melania Trump
On January 22, 2005 Melania Knauss wed Donald Trump in Palm Beach, Florida. Wearing a $100,000 Christian Dior gown with thousands of hand-stitched crystals and pearls. The dress had a 13 foot train, 16 foot veil and weighed over 50 lbs. The gown was so stunning, it landed the cover of Vogue Magazine – marking the first time a bride was features on its cover. 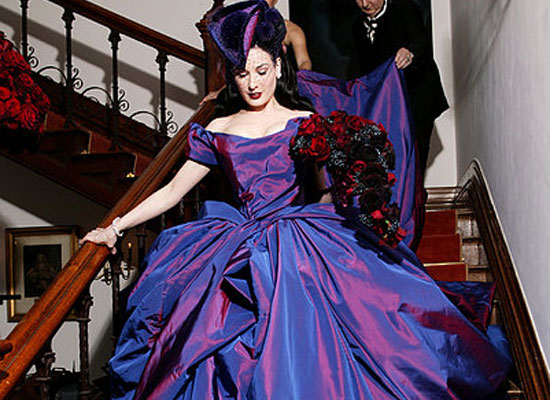 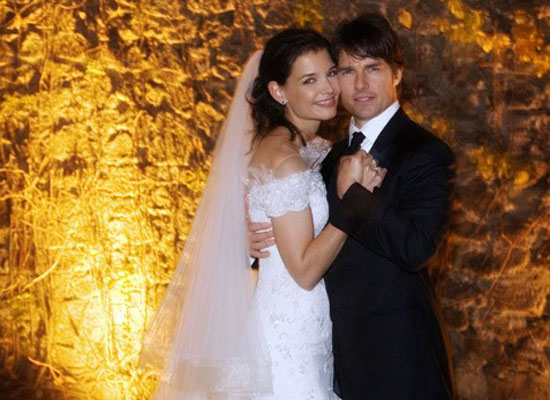 Katie Holmes
Quoted as saying she dreamed of marrying Tom Cruise as a young girl, Katie Holmesâ€™ dream came true on November 18, 2006. The Bride wore a romantic off-the-shoulder Giorgio Armani gown to her celebrity filled wedding held a 15th century armory of Odescalchi Castle in Bracciano, Italy. Although two had exchanged Scientology vows the day prior, their Italian ceremony was like a fairytale. 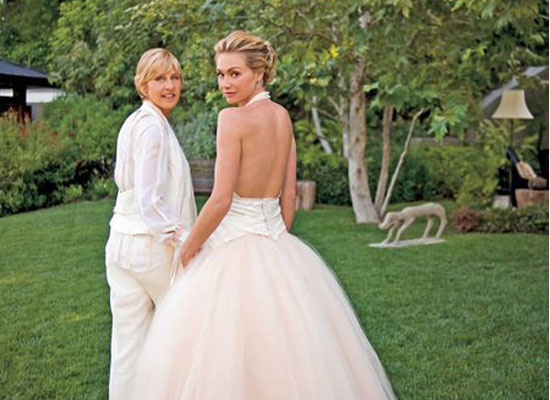 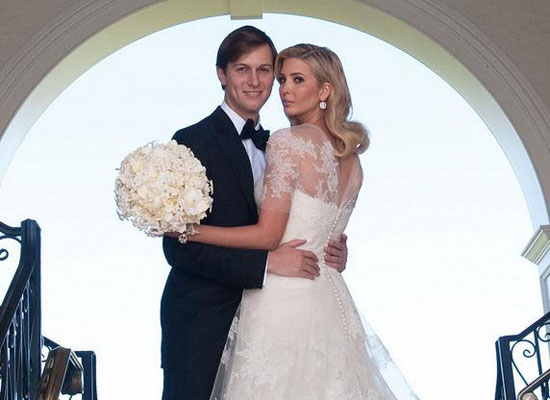 And just for fun … 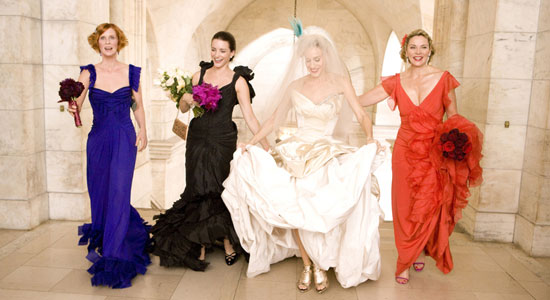